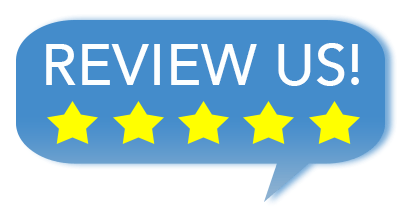 When talking about Ford and Chevrolet rivalries, we often think about the rugged trucks both these manufacturers produce. However, the battle rages on with regard to their compact SUVs as well, and this is where the Ford EcoSport vs. Chevrolet Trailblazer comparison comes in.

Read more to find out the differences between these two amazing vehicles.

The Chevrolet Trailblazer was a bigger SUV than it is now, but the manufacturer decided to downsize their vehicle to make it a better ride for urban drivers. For those interested, a 2021 Chevy Trailblazer can fetch a price of around $19,000, which makes it a more economical choice for daily commuters.

As for getting a 2020 Ford EcoSport, you can get it at around the same price as the Trailblazer, which can make it quite tricky to choose between the two. To add even more confusion, both vehicles consume approximately the fuel when driven as well.

You’ll find the Trailblazer can give you 26 MPG in city driving and up to 30 MPG when driving on the highway. On the other hand, the EcoSport has 27 MPG in the city, while highway drivers can expect 29 MPG.

With regards to performance, the Ford EcoSport’s 1L 3-cylinder turbocharged engine can produce 123 horsepower and 125 lb-ft of torque. You can give the base trim an upgrade and get the 2L 4-cylinder option, which ramps up the horsepower to 166 and torque to 149 lb-ft.

Despite having a higher torque than the EcoSport, the Trailblazer can only tow up to 1,000 lbs even with the right equipment. Acceleration from 0 to 60 MPH is also at 9.5 seconds, making it a bit faster than its Ford counterpart.

You also get Wifi hotspot as well as a 7-inch infotainment screen in the Chevrolet Trailblazer. The good news is that the EcoSport also has Wifi hotspot but a larger touchscreen with a 1-inch advantage.

Are you interested in purchasing either a Ford EcoSport or a Chevy Trailblazer today? If so, then you’ve come to the right place.

888 Karplus offers a selection of pre-owned vehicles that will meet your needs. Browse our inventory today to find the one you want!